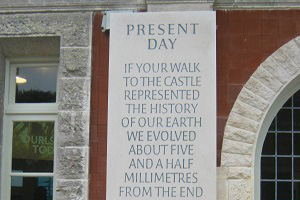 Durlston Country Park NNR has secured a round 1 Parks for People pass from the Heritage Lottery Fund and Big Lottery Fund with initial development funding of £82,800 awarded and earmarked funding of £900,200 for future project delivery. H&L assisted the ranger team at Durlston in developing the successful application.

Martin Cooke has a long association with Durlston. In 2004 Martin Cooke undertook the role of Project Manager for the major renovation of Durlston Castle. Working with an extensive project team, including the architect MJ Long, the project outline developed with a £3.23m bid to the Heritage Lottery Fund being submitted in April 2006 as part of a £5.8m project. The decision on this stage one application was made in mid December 2006 with the full grant earmarked and development funding for stage 2 being made available. The project has also received extensive support from a range of partners including the South West Regional Development Agency, The Jurassic Coast Trust and the Fine Family Foundation.

Achievements linked to the project that Martin Cooke has been responsible for include:

H&L then provided project development services for the successful 12 month stage two development phase of the project. With the match funding in place the physical implementation of the Durlston Project commenced on site in April 2010 with main contractor Greendale Construction.

The renovated Durlston Castle opened to the public in November 2011.